The upper and the lower system

The exercise “Being in front – Being behind” works out of the perspective of the I, the human ego. Only the I can be in two places simultaneously.

In creating the imagination of a column away from the body, an activity that works through our life forces and our consciousness, something has to happen; the physical body has to follow in order to feel well again. Setting out the “second column” is an activity of the I. That is why it is not compulsive. The “second column” is not pushed across, but comes into being, is suddenly there. To bring it forth and then come together with it creates a sense of surprise and joy. It has the character of a meeting.

The movement between the two columns comes about through being attracted by them. Through this the movement becomes even freer and has more breath, for example as compared to the streaming exercises for the L and R principles. There the connection between the body and the forces of movement is highlighted. Here we are more concerned with the principle of "being moved" itself.

Despite the acceleration one can experience a kind of mischievous calm. I don’t have to do anything to arrive in front and then behind again. In the tale of “The race between the hare and the porcupine” by Wilhelm Schröder this capability of the I is represented by the two porcupines. At the beginning and end of the field these two porcupines quite comfortably say, “I’m here already!” to the hare, and allow him to run loose again. 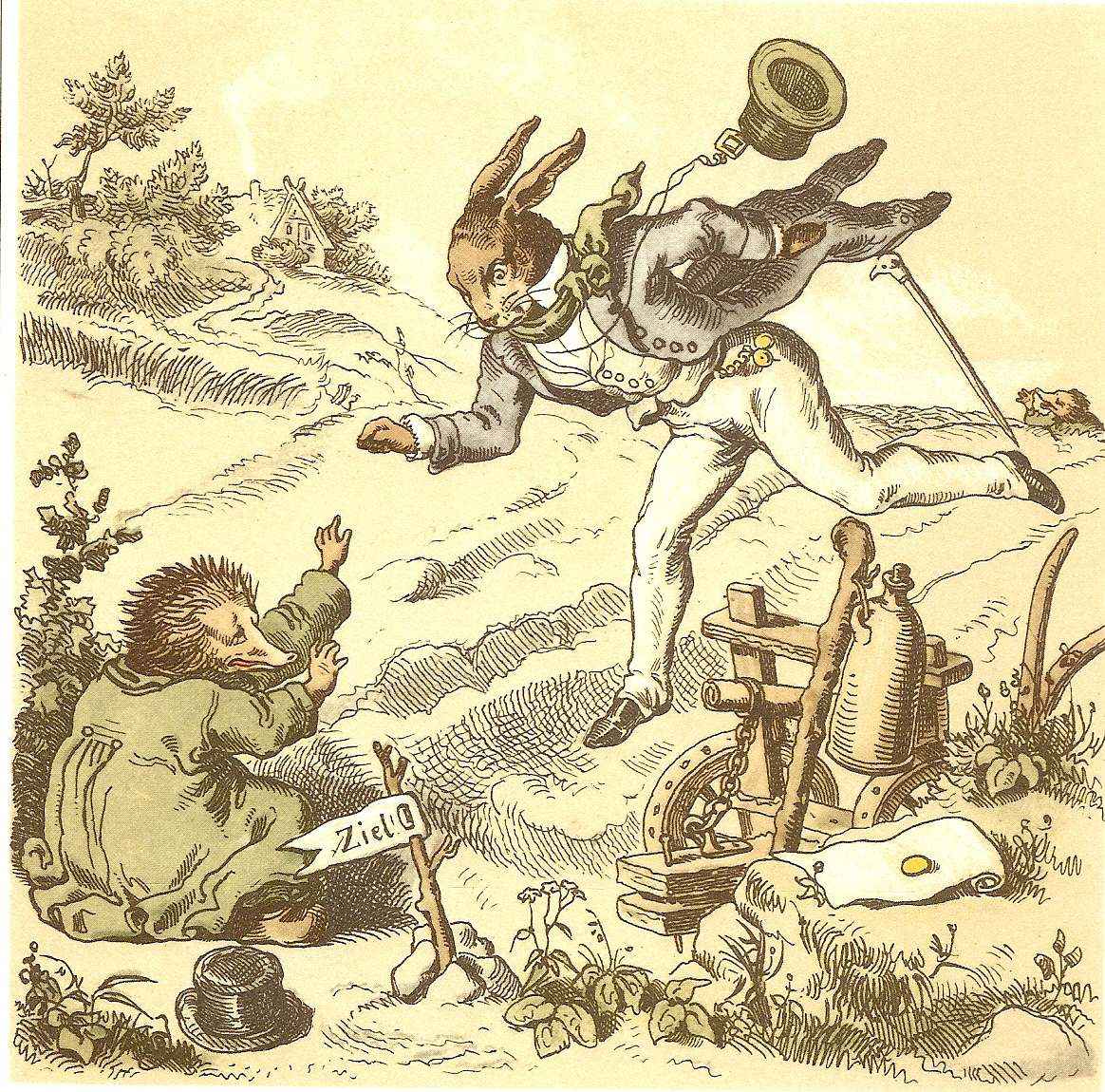 The hare and the porcupine, by Wilhelm Schröder, 1840: “I‘m here already!”

Previous Lesson Questions and Tips Next Lesson A fourth system
Like